With those soulful, droopy eyes and their unforgettable howl, the Basset Hound is a favorite four-legged companion for families and individuals alike. But don’t be fooled—there’s so much more to these dogs than just their iconic good looks. They’ve got plenty of personality and brains to boot!

Basset Hounds sure do have a pair of lungs on them—in fact, they’re considered one of the most melodious dog breeds around. They’re especially vocal when they’re left to their own devices, so make sure yours doesn’t get lonely, because that’s when their howls get the loudest (oops, sorry neighbors).

2. There’s a reason they’re so short

Those short hound legs keep them close to the ground so that their noses stay in the perfect position for them to follow scents when hunting. Their legs also don’t let them travel too fast, so hunters on foot are able to keep up with them. And did you know, the name Basset even comes from the French word “bas” which means low or short?

According to the American Kennel Club, Basset Hounds are originally from France and Belgium. Supposedly, friars of the Abbey of St. Hubert were the first ones to breed this unique type of canine: low-built, easy for hunters to follow, accurate and persistent with scents, and amiable. They quickly became popular with French aristocrats, especially those who hunted rabbit and hares regularly. Once they made it over to the United States (in fact, George Washington’s friend Lafayette sent him hounds for pack hunting), our country quickly fell in love with them as well, and they were recognized as a breed by The American Kennel Club in 1916.

Coming in a close second to the Bloodhound, Bassets are known for their incredible ability to smell. In fact, they have over 220 million smell receptors, and the portion of their brain responsible for the sense of smell is WAY better than ours. They can even take in a huge range of smells and isolate just one to follow, which is doggone impressive.

What if you had a Basset Hound for a mayor? That’s what happened when Victoria was elected as co-mayor of Concord, Ontario, in 2011. But don’t worry, she shared the responsibility with a Great Dane named Nelson (who took his job very seriously). She appeared at parades, traveled to nearby towns, and even helped raise money for animals in need at the Concord Merrimack-County SPCA. Seems like a successful run to us.

6. They are best with all four feet on dry land 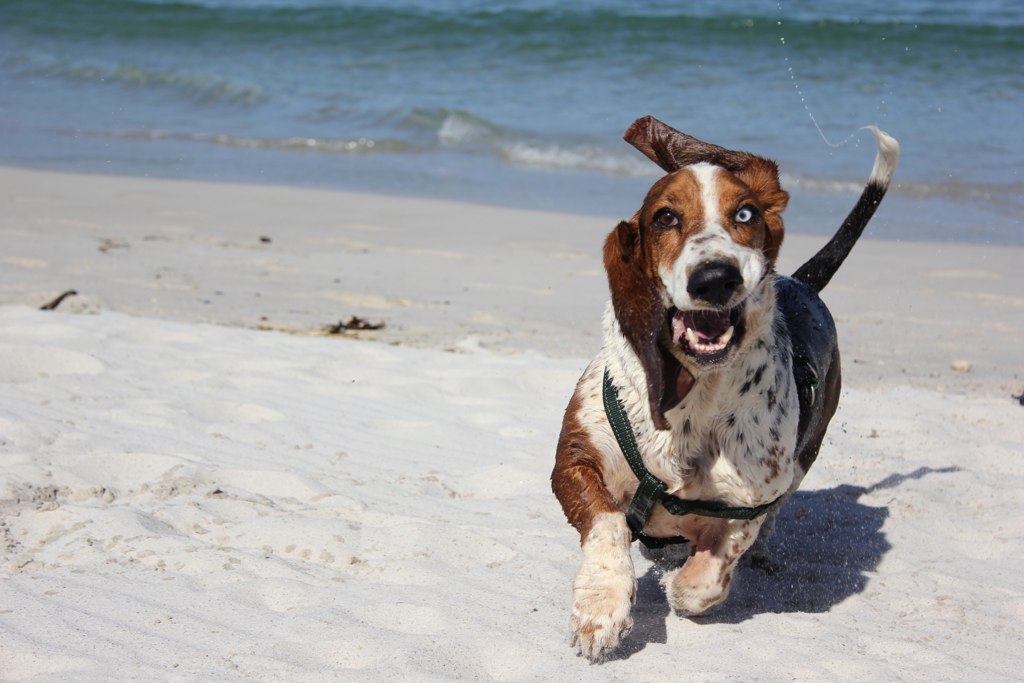 Though their stubby legs are useful for other things, Bassets tend to have issues when it comes to swimming. They love taking leisurely walks, and frolicking with friends, but when it comes to staying afloat, they aren’t the best (and it doesn’t help that they carry two-thirds of their weight at the front). Opt for something safer too cool off in the heat, like a sprinkler, or a nice shady space where they can relax.

7. Marilyn Monroe was a big fan of this breed

Even the illustrious Marilyn Monroe couldn’t resist the charms of a Basset. She and Arthur Miller had a lovable dog names Hugo during their marriage, and he appeared in several photos with the pair.

8. You need to help your hound stay squeaky clean 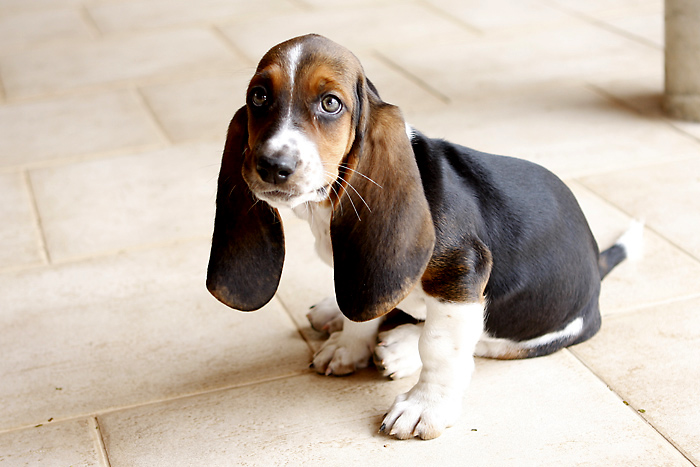 Although those floppy ears are adorable, they’re also extra susceptible to infection because there isn’t much air circulation going on, which means you’re gonna have to keep an eye on them. Look out for lots of scratching and rubbing. Their darling, droopy eyes can also get infected and will need to be wiped frequently, and be sure to include lots of bathes in your schedule to keep that coat sparkling clean.

9. The floppy ears are more than just cute

Those incredible ears also help lift scents off the ground and right into the nose of these super smell-sensitive Basset hounds.

10. They even inspire corporations

You’re probably familiar with Hush Puppies shoesand with their iconic logo, the lovable image of a Basset. After all, these kicks are supposed to help comfort your “barking” feet. 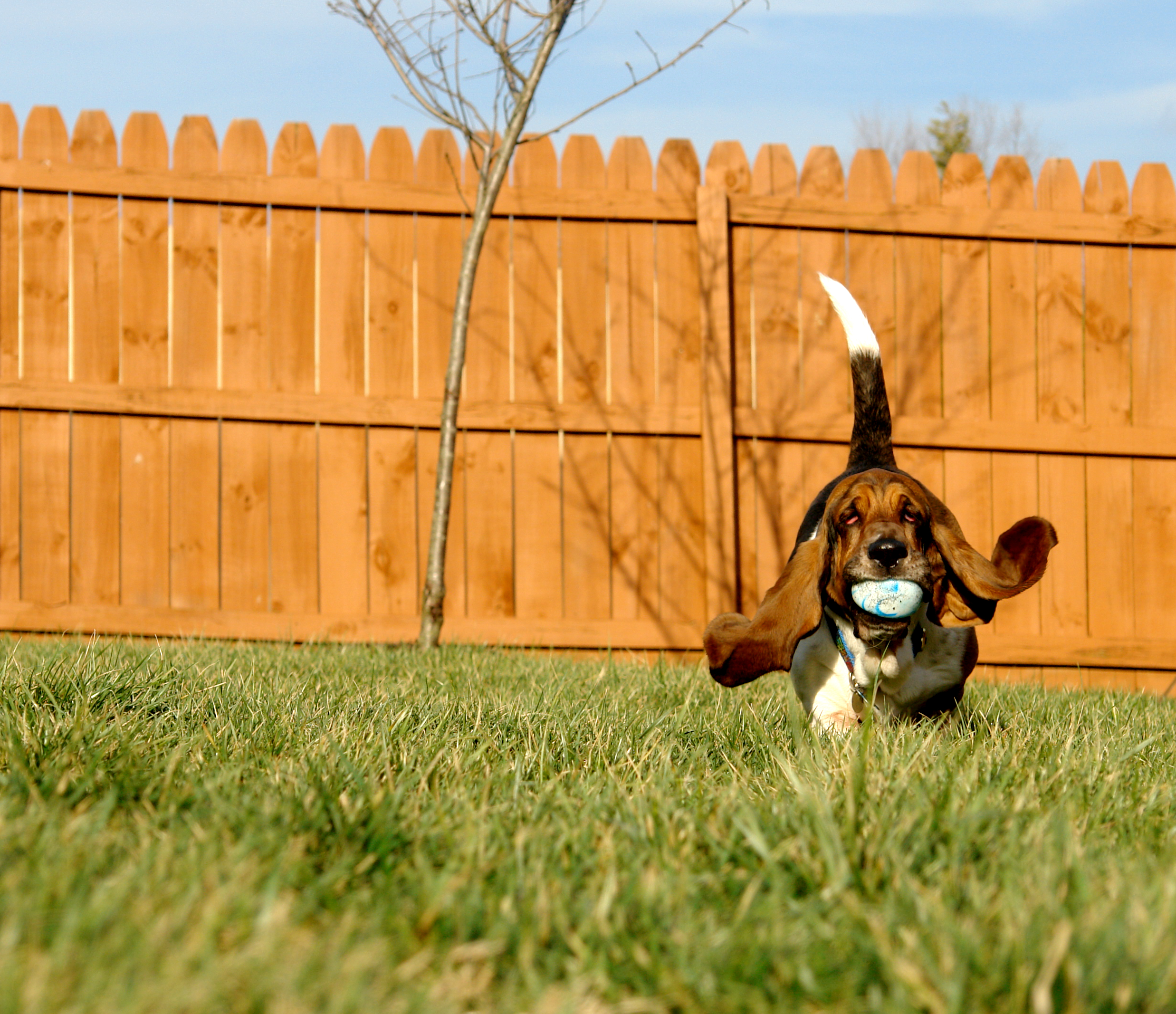 Though they are super focused when they’re hot on the trail, these dogs are also known to be exceptionally loyal and loving when it comes to family, especially when it comes to the little folks. Just make sure to train, socialize, and keep their stubborn streak in check and they’ll be more than happy to become an essential part of your happy home.