Just like raising a child, you can put diapers on your dog if you’re having problems keeping your house clean because of doggie accidents.

There are a lot of options you have when it comes to choosing dog diapers. 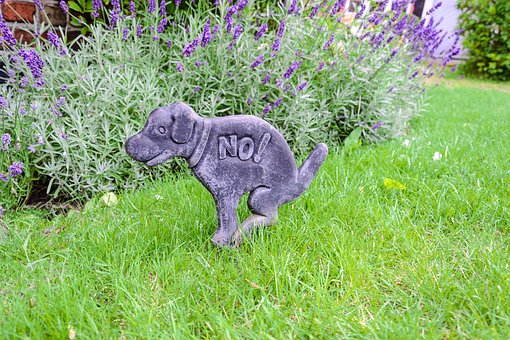 Here are a few best dog diapers reviews so you can keep your house clean when Poochy’s having problems, because let’s face it, even famous dogs can have problems!

What Should I Look For In A Dog Diaper?

When you are shopping for a dog diaper, there are a few things you want to make sure your dog diaper has.

This way you can ensure the diaper won’t accidentally leak on the floor and thus defeat the entire purpose of having a doggie diaper.

Here are some things to watch out for:

Make sure your dog diaper has elastic lining around the legs and tail portion of the diaper. This way you won’t have any accidental leakage.

Your doggie diaper should also have some sort of lining on the inside of the diaper for comfort. Even though your dog has to wear a diaper, it doesn’t have to be uncomfortable.

Have some sort of plastic lining on the outside to make sure that you don’t have any doggie fluids soak through the diaper. This adds an additional layer of protection.

Most of the best dog diapers come in packs of two or more so you can change your dog’s diaper without having to clean it right away.

Here are some brands you may want to try depending on your dog’s needs.

If you need a doggy diaper for a male dog, a good choice is the Male doggy Wrap Black by Sams Dog Hut.

This diaper is made in the USA and is great for use in housebreaking your dog.

It is lined with plastic and has elastic bands to make sure your dog’s waste doesn’t spill out on the ground.

It also has a cotton liner for more comfort. They cost around $19.

If you need a diaper for your female dog but your dog isn’t in heat because she’s been spayed, you can find ones that work well for your dog.

One option could possibly be the Wee-Wee Disposable Doggie Diapers by Four Paws.

They cost only $12 and work great for female dogs with incontinence, who get excited easily and tend to piddle on the floor, and even if they have other problems keeping the floor clean.

They come in 4 sizes and ship 12 in a package. They also work well as best dog diapers for incontinence, too.

Of course, there are a lot of other brands and types of diapers for your dogs that you’ll want to try.

Whether your girl dog is getting ready to get pregnant or if your are simply potty training your male dog, try using a dog diaper. You and your dog with both be happier for it.