Cats have evolved over the centuries to become the sly, loving feline companions we know today. Here are just a few of the many breeds available to serious cat lovers around the world.

Most breeds that possess instantly recognizable characteristics have their origins in a single cat. The new breed usually begins when a cat is found with an anomaly. This unique cat is then bred so that the unusual gene is repeated in its offspring.

The Donsky started in Russia when a hairless cat was found in the streets in 1987. The recessive gene was repeated when the cat was bred with a Siamese. In addition to its hairlessness, the Donskoy is also recognized by its long, webbed toes.

The first American Curl was “Shulamith,” a stray found in Lakewood, California in 1981.

The ears take their permanent shape around the 16-week mark and that’s when breeders determine if the cat could be show worthy. Show Curls have an arc of 90-180 degrees while a pet Curl’s ears can range from a slight curl to almost entirely straight. 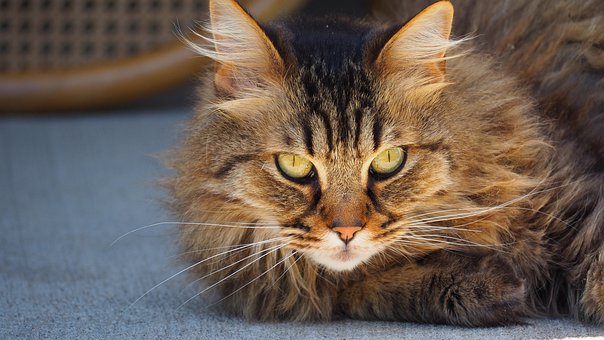 The Manx is a tailless breed that traces its origins back to the Isle of Man. No one is sure which cat first carried the Manx gene, but it’s believed that the Manx was a mutation of the island’s domestic cats.

The original Manx may have also come by sea, as many trade ships docked on the Isle. The tailless gene is dominant so kittens can be born with a full tail, a short tail, a rise or no tail at all-all possible tail lengths can even appear in one litter.