Doggie celebrity parents and social media have brought immense popularity to tiny representatives of some doggie breeds. Teacup dogs have become increasingly popular as they are often seen with their celebrity parents and posted on Instagram and Facebook. These dogs are remarkably smaller than their standard breeds and are often called micro-dogs.

In recent decades, teacup pups are everywhere. They are inside purses, and they have taken over internet videos with their adorable cuteness. These dogs are undeniably appealing, but are they that small? Their popularity has caused many dog lovers to take a serious interest in them. Would these tiny pooches make good pets? And of course, are they healthy?

There are various myths and misconceptions surrounding teacup dogs. With a weight ranging from two to five pounds, these tiny pups are prone to several health issues such as skeletal and immune system problems. If you are interested in making them a part of your family, you must do some research. Some unscrupulous breeders often produce tiny and unhealthy pups. Making an informed decision will lead to a big difference between bringing a healthy or sick pet in your home. Thus, read on to learn more about these tiny pooches.

What are Teacup Dogs?

As the name implies, the term “Teacup” depicts a smaller-than-average dog size. This term is quite attractive and flashy when reading on ads and social media feeds that include cute and adorable pooches that comfortably fit into a coffee cup. 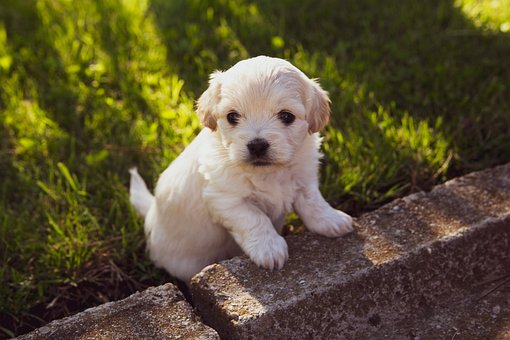 These dogs are tiny versions of a popular small dog breed. Other terms used are pocket-sized and micro-dogs. On top of being small, teacups also weigh much less than the standards for a particular breed.  For instance, the Americal Kennel Club set the standard weight for a Maltese at seven pounds or less. A teacup version would weigh less and will be much smaller than what is acceptable.

Teacup dogs come in various breeds and bloodlines. Any breed of dog can have a teacup version in its litter. What defines them is their size and weight. Their average weight is no more than four pounds, and they are less than 17 inches tall in their adulthood. Their size and measurements are not standardized, yet they are so tiny that they can fit inside a teacup; thus, the term teacup dogs.

There are many breeds with their versions of teacup sizes. Some of the most popular ones are teacup Maltese, Chihuahua, and the Yorkshire Terrier. Teacups are often confused with toy dogs, but Toys are usually more significant in size, although they are still smaller than the average counterparts.

When you search online for the most popular Teacup breeds, you’ll find a long list of adorable looking and tiny pups. However, there are only a few legitimate dog breeds than can be classified as teacups.

These tiny canines are currently one of the most popular teacup dog breeds. They are adorable, but they are also one of the most panicky breeds. For instance, they do well around cats, but they are nervous around kids and other dogs. These pups are popularized as the puppy purse and are always with celebrities and Hollywood stars.

These dogs are incredibly devoted and affectionate to their owners. They should not be left alone for long periods. Likewise, they are brilliant and easy to train. These tiny canines are ideal for apartment and condo dwellers; however, they require a lot of care and attention. Regular visits to the veterinarian are also essential as teacup types of this breed are prone to health issues like having soft spots in the skull, weak teeth, hypoglycemia, heart diseases, and others.